It’s not often that my babies will nap for an hour or more without too much effort. I took the girls to the parkway plaza just to get out of the house and to visit the library. 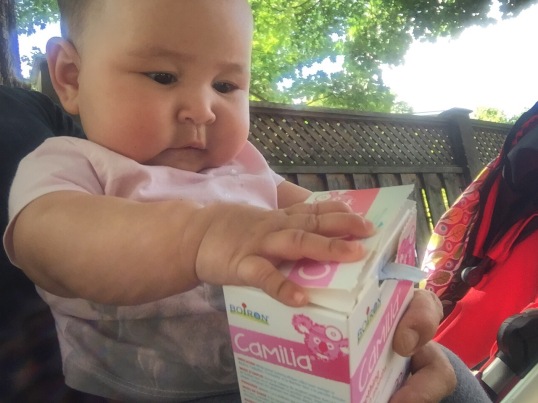 MImmediately after I purchased it I gave W a dose.  She liked it and kept opening her mouth for more.  She was due for her nap in about less than an hour so I’d hoped for it to work by then.

After a visit to the library and the grocery store, she grew tired and started to fuss.  So I left the mall to walk outside.  The humidity level had dropped to 37% by now and you could really tell the difference.  The winds were blowing and it felt nice.

By the time we reached home, she was already asleep.  Being hot and tired I didn’t want to walk anymore. So I parked her and played with Violet.  I was worried she would hear Vs voice and wake up.  Luckily she didn’t and ended up sleeping for almost an hour – which is so rare!